Privates Thomas ANDERSON and Archibald MCINTYRE embarked from Sydney on the HMAT A40 Ceramic, and arrived at Plymouth on 21st  November 1916.

1st anniversary of the start of the Coo-ee March at Gilgandra on Sunday, 10th October 1915. Click on the following two articles to read what was published in newspapers at that time:

Privates James Burke and Robert Clyde CAMPBELL arrived on the HMAT A18 Wiltshire.

Lance Corporal Maurice Bertram FREE was wounded in action in Belgium with a shrapnel wound to his chest.

Private Joseph ARMSTRONG (who had initially been reported as having been killed in action after the Battle of Fromelles), was reported to be a prisoner of war in Germany on this day.

Privates Allan James DENMEAD and James O’NEILL embarked from Sydney on the HMAT A11 Ascanius, and arrived at Devonport in England on 28th December 1916. 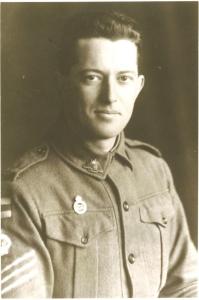 Percy Edward BLACKWOOD re-enlisted in the AIF at Dubbo (who had been discharged at Liverpool on 6th April 1916 after the Coo-ee March).

Patrick Joseph O’LOUGHLIN (O’LOUGHLEN) re-enlisted at Dubbo (after having being discharded at Liverpool on 29th November 1915 medically unfit, with varicous veins).

Trooper William Solomon CISSMAN arrived in Australia after being sent home from Egypt with club foot.

2nd Lieutenant John Robert LEE embarked from Sydney on the HMAT A8 Argyllshire, and arrived in England on 10th January 1917. 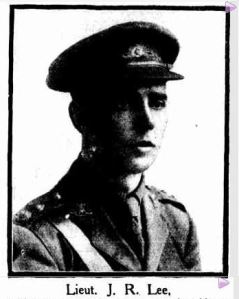 This entry was posted in WWI Timeline. Bookmark the permalink.