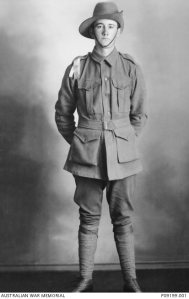 Per his military service record (regimental no. 4757), Bernard Coyte was born at Borenore, N.S.W. He gave his age as 21 years and 1 month, his marital status as single, and his occupation as farmer & labourer. His description on his medical was height 5 feet 11 inches tall, weight 11 stone, with a dark complexion, brown eyes, and black hair. His religious denomination was Roman Catholic. He claimed that he had no previous military service. He completed his medical on the 14th October 1915 at Orange, and was attested at Orange on the 14th October 1915.

On 8th March 1916 Private Coyte departed Sydney along with many of the other Coo-ees on the HMAT A15 Star of England, arriving in Egypt on 11th April 1916. He was immediately admitted to the 31st General Hospital at Port Said sick. On 3rd May 1916 he was transferred to the 1st Australian Dermatological Hospital at Abbussia. He was discharged on 8th June 1916. On 28th July 1916 Private Coyte was charged with being Absent Without Leave from 1700 to 1900 on 28th July 1916 at Tel-El-Kebir. He was awarded 24 hours Field Punishment Number Two.

On the 6th March 1917 he was discharged from Hospital to the 4th Australian Division Base Depot. On the 20th March 1917 Private Coyte rejoined the 13th Battalion.

On 11th September 1917 he moved out of No. 1 Command Depot at Pernham Downs to Overseas Training Brigade at Longbridge.

On 18th September 1918 Private Coyte was killed in action during an attack launched by the 13th Battalion on the German Lines south of the village of Le Verguier, France. He is buried at the nearby Jeancourt Communal Cemetery Extension, France. 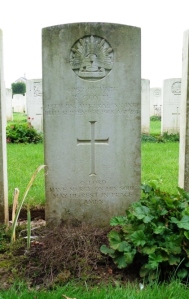